David Arkenstone will unveil a new project that marks a brand-new direction for the multi-Grammy-nominated composer and musician. In The Turning Of The Year, Arkenstone takes fans on a journey into his love of neo-classical music. It’s an exploration into a deeply personal musical style for an artist who has earned worldwide acclaim as one of the most diverse contemporary musicians of our time.

Setting off on a new voyage, David joins the exploration of classical crossover with artists such as Nils Frahm and Icelandic composers Jòhann Jòhansson and the Emmy-nominated Ólafur Arnalds. “This music is a challenge to label for me,” said Arkenstone. “It’s somewhere near neo-chamber music or neo-classical, but it’s a departure from the usual styles of music I compose.”
His entire life, Arkenstone has been inspired by the beauty and the transformation that occurs during the fall of each year. In a celebration of the season – and in line with this transformative new period in Arkenstone’s musical career – The Turning Of The Year will be released on Green Hill Productions just in time for the fall of 2020.
The album clearly evokes the power of autumn, from the flurries of strings moving throughout “Riding On Wings Of Mercy” to the evocative “Dying Of The Light.” As fall is a time of change, listeners are reminded of the glorious movement and ever-changing nature of life as viewed through the seasons in “Remembrance Of A Leaf” and “Winter Is Coming.”
While the turning of the year marks the sadness that comes with endings in “The Last Rays Of The Golden Afternoon,” Arkenstone also offers light, healing, and hope. “Butterflies” is a joyous celebration of metamorphosis, while “We Are Free When Heavens Fall Away” offers calming optimism during a time when people need it most.
“It’s been exciting working with The California String Quartet (Project:CSQ), as they brought my music to life,” says Arkenstone. 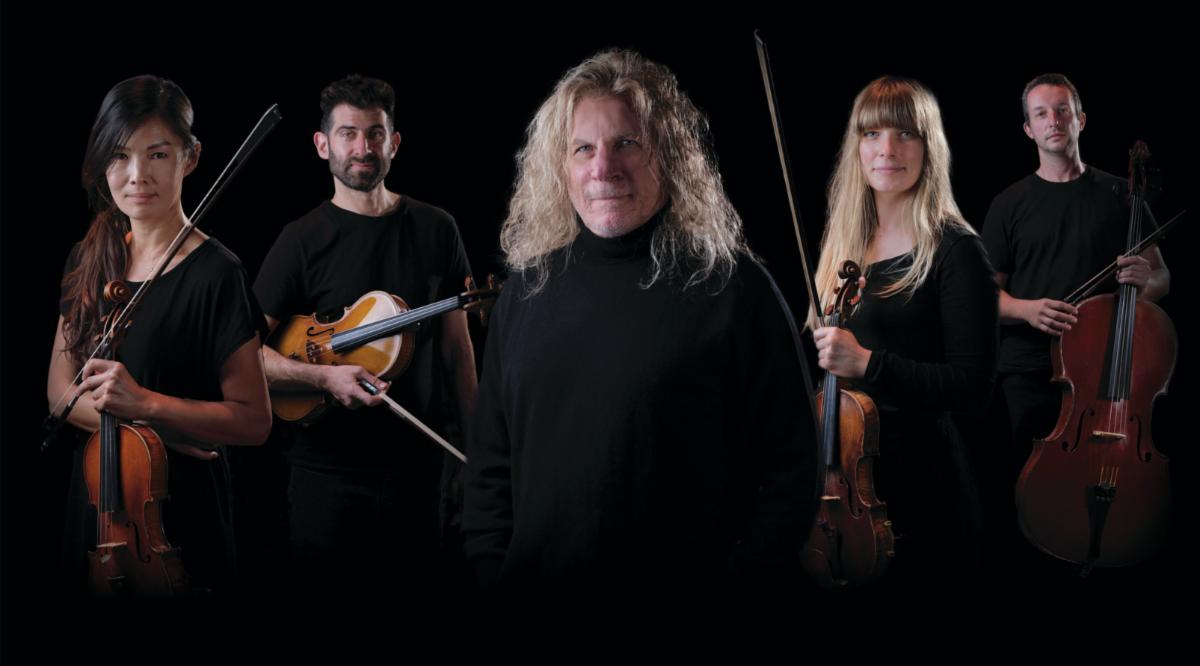 Arkenstone worked with the quartet on the stirring video for “Flutterings From The Autumn Trees.” In addition, working within the COVID-19 environment, they were able to create videos for “Skyward,” “Stormclouds,” and “Beyond The Intimate,” all shot in a dormant theater in L.A. and soon to be released.
“‘Flutterings From The Autumn Trees’ is probably one of the songs on this album that is closest to traditional impressionism,” Arkenstone said. “When the ‘autumn’ concept began to take shape for ‘The Turning Of The Year,’ I really wanted to paint a musical portrait of what the feeling of autumn is for me. This is one of the songs where I believe I got close.”
An inspirational concept for Arkenstone when it first started forming several years ago, the album, recorded at Hollywood’s historic EastWest Studios, has taken on a whole new meaning for the artist during the global coronavirus pandemic.

“Everybody’s life has changed. People may be looking for some solace during this time, and I think this music can help bring it to them,” he said. “Music is certainly a healing force, and over the years I’ve received a lot of communication from people who feel my music has had a positive effect for them. I think this new music is so evocative, wistfully sad and beautiful at the same time – there’s a lot of healing within it.”

Blake Davis, GM of Green Hill Productions, is thrilled with Arkenstone’s new sound. “David’s music has been a natural fit for Green Hill over the years, and this album continues to deliver on that note,” he said. “His goal with The Turning Of The Year was to capture the spirit and visual beauty of autumn in an audio space, and I believe he was masterful in doing so. This album will invoke emotion, healing, and inspire all who listen.”
Pre-save The Turning of the Year to Apple Music or Spotify here and receive a free 30-second preview.
FOLLOW DAVID ARKENSTONE
About David Arkenstone:
With four GRAMMY nominations, twenty Billboard hits, and millions of fans worldwide, David Arkenstone has established himself as one of the foremost instrumental musicians of our time. David Arkenstone has recorded over sixty albums, has toured extensively including performances at New York’s Radio City Music Hall and the Hollywood Bowl, scored dozens of films and documentaries, is one of the elite World of Warcraft game score composers, and is known for his popular sports themes which include The Kentucky Derby, the Paralympics, and music for the Olympics which is used to this day.
About Green Hill:
Green Hill is a boutique record label celebrating 25 years of creating top-quality lifestyle music for every mood. With over 500 titles in its diverse catalog, Green Hill covers an amazing variety of genres and targeted themes including jazz, New Age, Celtic, Christmas, chill-out, bluegrass, Cajun, easy listening, nature, piano, romance, relaxation, oldies, beach, western, world, patriotic, big band, classic crooners, and many others. In addition, Green Hill produces recordings of such artists as composer/producer/performer David Arkenstone, iconic jazz pianist Beegie Adair, pianist Jim Brickman, Grammy-nominated jazz guitarist Jack Jezzro, Canadian singer/songwriter Luke McMaster, and many more.
For media inquiries please contact:
Donny Evans
The Press House
donny@thepresshouse.com
thepresshouse.com
The Press House – New York | Los Angeles | Nashville
www.thepresshouse.com

Acclaimed Songwriter Andrew Farriss Releases Latest Single, “All The Stars Are Mine”

Dariann Leigh Is Getting “Closer”

Get Social With Us